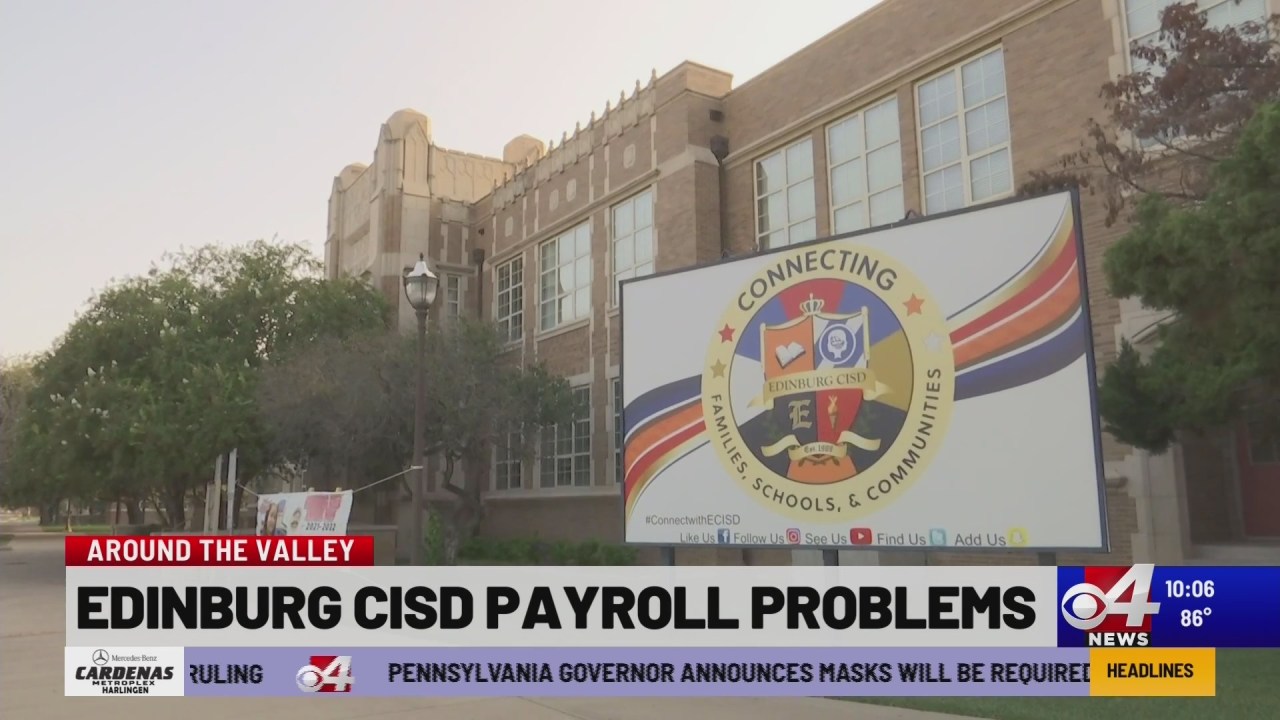 EDINBURG, Texas (ValleyCentral) — On Tuesday, some employees of Edinburg Consolidated Impartial Faculty District (CISD) said they have been not paid or ended up compensated also considerably.

On Aug. 27 ValleyCentral sent an email to Lisa Ayala Hettler, the PIO for Edinburg CISD, inquiring about the payroll concerns. On Aug. 31 they mentioned an interview with Superintendent Mario Salinas was staying organized but Salinas later on declined.

The PIO later on issued a statement saying payroll difficulties came from a new personal computer application that was not specified.

Hettler mentioned a small percentage of workforce ended up affected by this mistake but mentioned that all those who had been overpaid should reconcile the money.